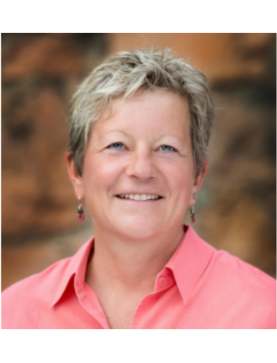 Lise Alschuler is a naturopathic doctor with board certification in naturopathic oncology and has been practicing since 1994. She graduated from Brown University with an undergraduate degree in Medical Anthropology and received adoctoral degree in naturopathic medicine from Bastyr University. Dr. Alschuler is past-President of the American Association of Naturopathic Physicians and a founding board member and current President of the Oncology Association of Naturopathic Physicians. Dr. Alschuler works as an independent consultant in the area of practitioner and consumer health education. She has been an invited speaker to more than 100 scientific/medical conferences, published 16 peer-reviewed articles, been a co-investigator on 5 research studies, written 6 chapters for medical textbooks, and has co-authored two books, Definitive Guide to Cancer, now in its 3rdedition, and Definitive Guide to Thriving After Cancer.

Dr. Alschuler is the Executive Director of TAP Integrative, a nonprofit educational resource for integrative practitioners. Dr. Alschuler is the co-founder of Five To Thrive, LLC., which has developed the iTHRIVE Plan SaaS mobile web application that creates customized wellness plans for cancer survivors. She maintains a naturopathic oncology practice out of Naturopathic Specialists, based in Scottsdale AZ. Previously, she was the department head of naturopathic medicine at Midwestern Regional Medical Center – Cancer Treatment Centers of America. She was also the clinic medical director and botanical medicine chair at Bastyr, as well she was on the faculty of Southwest College of Naturopathic Medicine. The American Association of Naturopathic Physicians recognized Dr. Alschuler in 2014 as Physician of the Year. She also received an honorary degree from the Canadian College of Naturopathic Medicine and the Joseph Pizzorno Founders award from Bastyr University in the same year.

Dr. Alschuler co-created http://www.FiveToThrivePlan.com, and co-hosts a radio show, Five To Thrive Live! on the Cancer Support Network about living more healthfully in the face of cancer. She calls Tucson, AZ home.  Learn more at http://www.drlise.net.

Panel Discussion: Inspiring a Path Toward Wellness for those in our Care

Botanicals for Frailty in Elders

Speaker: Lise Alschuler, ND Frailty, or a decline in age-specific fitness, affects some elders and ..

Speaker: Lise Alschuler, ND This presentation provides an overview of the mechanisms which underlie ..

The Impact of Stress on Accelerated Aging: Botanical Remediation, Part 1 and Part 2

Speaker:  Lise Alschuler. One click orders parts 1 and 2 of this 4-hour presentation. This..

A Tale of Cancer and our Aging Genome

Speaker: Lise Alschuler. Is cancer inevitable if we live long enough? Age is, in fact, the sing..

Botanicals to Support Happiness and Reduce Anxiety and Depression

Speaker: Lise Alschuler. While relieving depression and anxiety is a significant step towards w..

Botanicals for Immuno-inflammation, emphasis on Cardiovascular Disease and Cancer, Pt.1 and Pt. 2

Speaker: Lise Alschuler One click orders parts 1 and 2 of this 4-hour presentation. In Part 1 I..